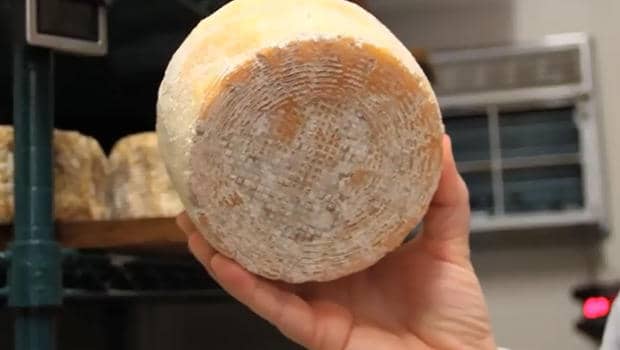 I love cheese, any kind you can give me, at least I thought I did… I mean I love Brie, Emmental, Cheddar, Mozzarella, Gouda, etc… But Belly Button, Armpit, Toe and Human mouth cheese… its enough to turn my stomach…

Cheese is known for its stinky odor. But, cheeses at one exhibit at the Science Gallery Dublin in Trinity College Dublin come from an especially smelly source — human toe, armpit, belly button and mouth bacteria.

Selfmade, which is part of the Grow Your Own…Life After Nature exhibition, features different “microbial sketches” of cheeses created with bacteria samples from various people. Each cheese supposedly smells similar to the donor’s body odor.

The team took different microbial strains from the subjects. Next, they identified microbes that made up that person’s specific scent using a method known as headspace gas chromatography-mass spectrometry analysis, which can find volatile organic compounds in a sample.

Then, the cheese making process began. Milk was added to the microbe sample, and spoiled with a bacteria called Lactobacillus. When the sample curdled, the team separated the clumps and aged them with yeast to make different varieties of cheese.