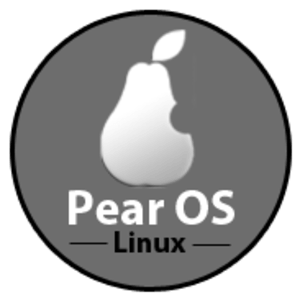 I have been meaning to look for an alternative to Ubuntu since they changed the GUI from Gnome to Unity Desktop. The unity Desktop is so lacking in functionality I just hated it. For the last 2 versions of Ubuntu that I have used (11 and 12 and its subs) it has been bugging me, so I started searching and found a french derivative of Ubuntu called PearOS.

PearOS runs a modified version of the Gnome Desktop, which makes it look even more like a Mac (for those not too familiar with the desktop GUIs, there were 2 major ones back in the day: Gnome which was an Apple knock off, and KDE which was a Windows knock off, I always preferred the Gnome interface). It even has a quick dock at the bottom just like OSX does.

The nice think about Linux is it will run on just about anything. PearOS min requirements are a PentiumIII 500MHz with 500MB ram and about 8GB HDD for the OS. No other recent operating system can run on such low specs, making Linux one of the best OSes for your old systems. Currently I am installing it on my old laptop I got in 2004 (Gateway) which has a Dual core ~1GHz processor, 1GB ram and 100GB HDD, running Windows 7 was possible, but it lagged hard.

I have not fully tested it out yet but the reviews are good and hopefully I can get back to using my laptop for more than watching movies.

I will write a full write up in a week or so when I actual get to abuse the system, right now its still installing.

If you want to pick up a copy head on over to PearLinux.fr for the download.

Please note, they only offer a Desktop version, the server version (console) of Ubuntu is unbeatable.