While browsing the Gadgets Subreddit today I came across a post that blew me away. It seems someone scanned a 1980’s (maybe) Sears catalog, probably the Christmas catalog they put out.  The post contained over 200 pages from the catalog, a few of which I have listed below: 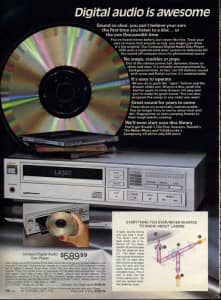 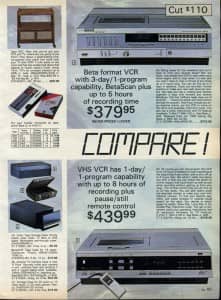 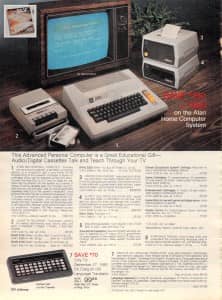 What really amazed me was that they had CD players, Which, surprising to me, were released in 1982 (I was 3 years old), however I do not remember seeing CD’s till the early to mid 90’s.

You can see the full set of images at this link. Shows pictures of old calculators, electric typewriters, Atari systems, etc.  As I could not find a date, I cannot say for sure if the catalog is from the 80’s, but the style of the equipment looks 80’s ish.  One of the pages shows Nintendo which would put it after 1985 (as that is when the Nintendo was released in North America).  If any one has any insight about how old this catalog actually is, I would be interested to know.